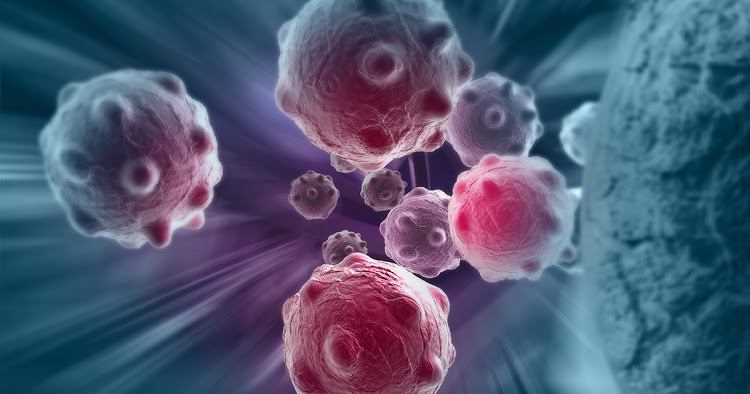 Non-communicable diseases started to gain prominence as a major cause of ill health in Kenyans roughly 30 years ago, with cardiovascular diseases attributable to lifestyle factors predominating the scene. Over the last 10 years or so, however, cancer has taken centre stage, not only for the increasing number of cases, but also for their far-reaching consequences.

In our setting, cancer affects anyone and everyone; unlike the metabolic disorders, one is hard-pressed to outline definitive causative lifestyle or environmental factors, neither is there socio-economic discrimination. Cancer is expensive, and if untreated, many cancers are debilitating and eventually fatal.

What a physical, psychological and economical burden, then, this indiscriminate set of diseases has been to a population ill-prepared for it, from a diagnostic, treatment and coping strategy perspective.

Blood and bone marrow cancers (haematological cancers) are relatively rare, contributing only to approximately five-10 percent of all cancers. Acute myeloid leukaemia, or AML, one of the approximately dozen existing haematological cancers, if untreated, results in death within weeks to months from infection, bleeding, or the effects of severe anaemia on vital organs.

The leukaemias as a whole are rare, constituting approximately 3% of all cancers, and AML one percent. To put that into context locally, consider breast and prostate cancer, which contribute to 12.5 and six percent of all cancers in Kenya, respectively. It is estimated that there were approximately 33,000 deaths from cancer in Kenya in 2018, with approximately 3200 (ten percent) due to blood cancers and 1,300 (one percent) of these being due to leukaemia. This latter figure is likely to be an underestimate, since a number of patients with acute leukaemia die at home or in hospital prior to receiving an accurate diagnosis or proper treatment and hence are not included in the statistics.

AML occurs when the bone marrow, the factory that produces all blood cells, ceases to work properly. Instead of the normal production and development of white cells (which fight infection), red cells (which transport energy around the body) and platelets (which protect from abnormal bleeding), a rogue ‘seedling cell’, or stem cell, which has failed to develop into a functional blood cell, multiplies in large numbers, and whilst still in an immature state, fills out the bone marrow, eventually spilling over into the blood.

These abnormal cells eventually phase out the normal cellular components of the bone marrow and blood (white cells, red cells and platelets), and when that happens, the patient will experience symptoms such as; tiredness and weakness, recurrent infections due to marked reduction of white blood cells, and bleeding or unexplained bruising due to marked reduction in the number of platelets.

The actual cause of AML is unknown in a vast majority of cases. The classical textbook risk factors do not appear to be a prominent feature of the disease in the patients that we see and treat in Kenya.

What we do know, however, is that there are a number of steps or ‘accidents’ that occur at the molecular level in these cells which eventually lead to the development of AML. These molecular accidents, acting synergistically with each other, result in a complex disorder that is far greater than the sum of all the molecular events. It is this intricate interaction between these molecular events that ensures that no two cases of AML are identical to each other, and can result in an illness that is difficult to treat and cure.

The backbone of AML treatment is intensive chemotherapy, coupled with meticulous supportive care. The intention is that the chemotherapy destroys the entire leukaemic clone, and the bone marrow is given a chance to ‘revert to normal settings’, and regenerate with normal healthy cells.

The chemotherapy is the easy part; the actual challenge lies in supporting the patient whilst they await bone marrow and blood cell recovery. The first treatment (induction chemotherapy) that a patient with AML receives mandates a prolonged in-patient stay in hospital for 3 to 4 weeks. The first of these weeks is dedicated to chemotherapy administration, whilst the other three involve closely monitoring of patients, to ensure prompt treatment of infections and timely administration of red blood cell and platelet transfusions, without which the patient will surely die.

Fewer than five institutions in Kenya provide services, which can successfully support patients with AML through this intensive treatment. It is recognised worldwide that access to comprehensive transfusion services and close patient support in dedicated haematology units or wards has been a major contributory factor towards improved outcomes in patients with AML over the last 40 years.

Our reality is that many patients with AML do not receive treatment for their illness because of lack of access to resources. Additionally, in some of our institutions, there is a high rate of death because of lack of supportive services, after chemotherapy has been administered. It goes without saying, then, that there is an urgent need to have a robust national transfusion service and to develop dedicated treatment units managed by appropriately trained medical and nursing staff.

The response to treatment varies, and those patients who attain a complete remission after induction chemotherapy may have the chance of experiencing long-term survival. However, a proportion of patients do not respond to induction chemotherapy, exhibiting refractory disease or experiencing an early relapse, after initial response. These patients will have to undergo a stem cell (bone marrow) transplantation procedure to have a chance of long-term survival.

You can find out more about which cookies we are using or switch them off in settings.

This website uses cookies so that we can provide you with the best user experience possible. Cookie information is stored in your browser and performs functions such as recognising you when you return to our website and helping our team to understand which sections of the website you find most interesting and useful.

Strictly Necessary Cookie should be enabled at all times so that we can save your preferences for cookie settings.

If you disable this cookie, we will not be able to save your preferences. This means that every time you visit this website you will need to enable or disable cookies again.