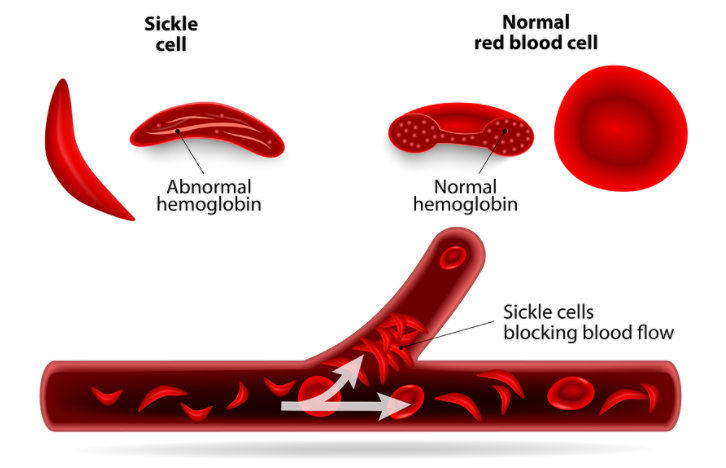 Thousands of patients in England are to benefit from the first treatment for sickle cell disease in two decades, the NHS has announced.

Crizanlizumab, a “revolutionary” life-changing drug treatment, is delivered by a transfusion drip and works by binding to a protein in the blood cells to prevent the restriction of blood and oxygen supply.

The therapy, the first to become available for the disease in 20 years, will help at least 5,000 people over the next three years, officials said.

Sickle cell disease – particularly common in people with an African or Caribbean background – is a serious and lifelong health condition. It can cause severe pain and organ failure, often requiring hospital admissions.

Current treatments to prevent sickle cell crises include a tablet called hydroxycarbamide and regular blood transfusions, but these are not always effective for people with severe forms of the disease.

“This is a historic moment for people with sickle cell disease who will be given their first new treatment in over two decades,” said Amanda Pritchard, chief executive of NHS England. “This revolutionary treatment will help to save lives, allow patients to have a better quality of life and reduce trips to A&E by almost half.”

People aged over 16 who suffer from multiple sickle cell crises every year will be eligible for the treatment. The disease is characterised by the production of unusually shaped red blood cells, which can cause serious health issues across the body, sending organs into crisis and causing extreme pain.

Toks Odesanmi, a sickle cell patient at Cambridge University hospitals trust, welcomed the arrival of the treatment and said it gave her new hope.

“Sickle cell disease has defined me, defined my body and made a big dent to my dreams,” said Odesanmi, 47, a finance specialist from Colchester. “No matter how hard I fight, it continues to defeat me. A new treatment brings hope and might make dreaming possible again.”

“The hope is improved quality of life for many living with the condition and their families.”

‘EVERY DAY IS PAIN’

Diagnosed at birth, Sarah-Jane Nkrumah, 27, had her first crisis aged six months and has chronic pain in her joints.

“Every day is pain,” she says.

“I don’t remember the last time I had zero pain.”

Sarah-Jane prefers to take breaks from taking painkillers – but some days cannot get out of bed.

“You just have to try and manage it,” she says.

“It’s all about having a lot of mental strength and support.”

And every six weeks, she has a blood transfusion to boost her energy levels.

“I feel weak and exhausted leading up to them and refreshed and stronger afterwards,” she says.

“Thanks to donors, I get a chance to live another day.”

Sarah-Jane had to give up her ambition to become a nursery teacher because it put her at risk of serious infection.

“Now, I have found my true purpose and love spreading awareness of sickle-cell disease,” she says.

Meindert Boysen, deputy chief executive and director of the Centre for Health Technology Evaluation, at NICE, said: “Treatment for sickle-cell disease has been limited for years and there has been a lack of treatments for patients whose lives are affected by the condition.

“Crizanlizumab… has shown the potential to improve hundreds of lives and we are delighted to be able to recommend it as the first new treatment for sickle cell disease in two decades.”

WHAT IS SICKLE CELL DISEASE?

You can find out more about which cookies we are using or switch them off in settings.

This website uses cookies so that we can provide you with the best user experience possible. Cookie information is stored in your browser and performs functions such as recognising you when you return to our website and helping our team to understand which sections of the website you find most interesting and useful.

Strictly Necessary Cookie should be enabled at all times so that we can save your preferences for cookie settings.

If you disable this cookie, we will not be able to save your preferences. This means that every time you visit this website you will need to enable or disable cookies again.